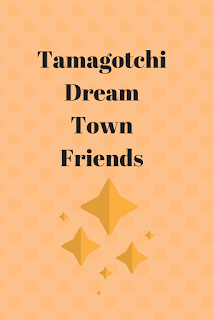 Got a male baby from Himespetchi and seriously, not sure who that was. Played the Beautician class in Dream School during childhood and teen years and ended up with:

Mamechi! He is 14th generation and has the screwdriver symbol for robots. His favorite food is Chicken Pie if you want to see his cute little happy dance.  I really love Mamechi but I have spent all week teaching myself to play the Musician class game so, sigh, I'll marry him off today and see who is next!


Online: Nothing, really.  Checking in on Aywas on rare occassions. Fishworld has started emailing me guilt messages that my fish miss me. Fantasy Kingdoms, despite the occasional blip in the Facebook group, still clearly has no support and no updates and I pretty much have everything there that I wanted. However, Itch.io sent me an email with some very interesting looking games.  Does Steam count as online?

Games I Play on the Desktop Computer: Not much right now.  I've been working a lot during my time with the desktop.  If you didn't know - I live in an RV.  The "desk" is also the table is also the bed. On Monday/Wednesday/Friday my hubby has dialysis and I lose almost the entire day with the desktop since we also drive this RV as our only form of motorized transportation.  (I ride the bike or we walk to do most of our shopping but dialysis clinic is too far to walk and he's often in no shape for it afterwards). I had the good fortune this month to be asked to illustrate a children's book so when I do have the desktop I've been drawing.

That said, I still work in a quick game of Mahjongg now and then and now that the book illustrations are done I'll probably get back to Horse Planet.  I've discovered to my everlasting joy that even when I "finish" the game on this player, it will allow me to put in a new player and start over.  Wheee! I still have a wee bit to finish on Glass Masquerade.  I've been procrastinating because I don't want it to be over! And Bejeweled...always a few minutes to kill now and then with Bejeweled.  I'm infamous for playing Bejeweled while on hold on the phone. I did quit Shadowverse because I plateaued and because one of the character's voices was driving me insane. I still plan to get back to Mage and Minions when I have more time.

Games I play on the Kindle Fire:

Well, let's just roll down what comes up when I open "Games".  Hungry Shark Evolution is still on top - no big surprise there - and I have also finally spent some time with Hungry Shark World.  My DH figured out how to get it to work on tilt, which is what I'm used to, and now I like it better! I think we can rest assured these two games are a permanent part of my life!

A new addiction is Neko Atsume. Not least because it's easy to switch back and forth between Japanese and English.  So my excuse is it is helping with my Japanese.  Sure.  It's being a crazy old cat lady with a TNR community in your yard - guilt and expense free! Yes, it's a hoot.  If you like cute kitties. And it fits my schedule well.  I can drop by once a day or every hour if I want to, to see what kitties are there, who visited, maybe shop for a new cat toy.  The economy suits me, too.  Which is to say I can put in one dollar real money now and then and have a blast, but I don't have to.

Speaking of a good economy - I've finally gotten Starlight to download and play on my Kindle.  For some reason it took several tries. Starlight is a sim game where you raise moths in the rainforest. Very pretty graphics. I've been playing for close to a month.  It could get boring without the special events.  The economy is good, again, in that I can spend a dollar now and then - but the events make it almost inevitable that you WILL spend a dollar or ten here and there.  I guess that isn't such a bad thing unless your budget is as tight as ours is right now.

I am still playing Horse Haven. There was a moment last week when I thought it was finally going to fail me. The horses began moving oddly, jerky, slow. Then I opened the game and the graphics went completely weird, tiled, pixelated, and I thought - that's it.  The developers have abandoned us for good.  A few hours later, tried again, and everything was perfect - including the horses movement.  So the developers ARE still out there somewhere.  We're never going to get anything new but at least we aren't alone in the world.  The one big complaint I have to say with Horse Haven is the economics.  I recently had a Mythic level Breton hit level 15 (the highest level).  This is a horse you cannot buy, cannot breed unless you achieved the breeders certificate (back when they had those events) and she is worth...69 diamonds.  The least horse in the sale barn is 1000 diamonds. So you can see there is a disparity here. If you are a horse crazy kid who says "Mom, Mom, I need $20 for my game" and Mom gives it to you - you probably don't care or even notice.  If you a po' adult who has to balance the fact that I can buy a weeks worth of groceries with $20 OR ONE HORSE in a GAME...

MiniPets is a game I recently downloaded and then discovered it was one I used to play.  A long time ago.  I'm not sure but I think the device I was playing on stopped working. So I was rather delighted when my old petting zoo was still there and simply jumped right back in.  Again, it is a game I like because I can spend a dollar now and then and go crazy.  Or not and still have fun. It also works for me because I can drop in once or twice a day and make progress.  It is a sim game where you have what I think of as sort of a petting zoo.  Everything from pandas to puppies.  Unlike some sims of that type, you aren't terribly worried about how many people you get to visit your zoo.  Each shop and each animal makes a set amount of money in a set amount of time, so it is more up to you what you want and like.  I kind of like this, to tell you the truth. You can visit neighbors and add friends, or not.  And I like that, too.

A game I deeply regret paying $10 for is Horse Quest Online. The major problem is that I literally end up holding a stylus in each hand in order to move the horse through the game.  There is not much to do, and what instructions there are are very vague.  Seems like the main reason for the game is to get online with your pals, run around as a horse and gossip about each other in chat. And be rude to people you don't know. Bleh.

PetWorld3D made it back onto my radar this month.  I like it because it reminds me a lot of when I used to work with animals for my job.  You go into work in the morning, clean cages, scoop litter boxes, feed, water, and match people up with appropriate pets to adopt.  It is a huge time suck, but you can also ignore it for weeks on end and still come back without losing anything. It would be an ideal sitting in the waiting room game except that it will only play if you are online. I sit and chuckle because I love the noises the guinea pigs make.  Yeah, it's like that. It isn't as free as they tell you it is.  But it can be.  Basically you have to buy every animal up from about the bunny level so if you WANT to have pigs, or horses, you will pay a few bucks.  That said, it's pretty cheap and then you do have pigs forever. So compared to some other games, not really expensive or anything.

Zombies and Trains is another old favorite making a comeback.  I've had some time to kill this month - LOL.  It's one of those games where you have quite a nice variety of ways to smash zombies with trains.  Doesn't take a lot of brains or strategy or skill.  Fast fingers, mostly. Guarenteed to make you laugh, especially if you are waiting for some dumbass clerk to finally pay attention to you and address your issue...

Good grief, I just checked and it has literally been six months since I last wrote one of these.  Well, I'm not a gaming blogger but then maybe that gives you some insight from the more normal human person (and old person) end of the scale.

I am looking into learning game development.  At the moment, because of some other work that came my way, that consists of oogling cool game sprites, installing Unity, and downloading lots of tutorials I then have no time to go through. Hopefully, I'll have something to share with you on that front in less than another six months.