The Squeaky Wheel In The Dialysis Clinic 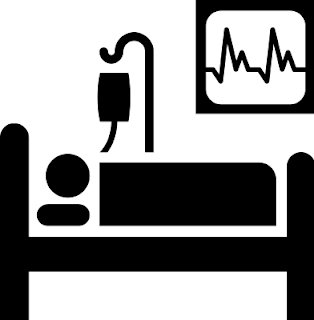 The staff at my husbands hemodialysis clinic heartily hate me.  It was made abundantly clear when one of the techs stood in the waiting room and yelled at me in front of half a dozen patients and caretakers - and every word out of his mouth was a lie.  My guess is he was simply having a pretty bad day, caused by their running very late that day, and he needed to vent on somebody.

Mistakes have been made.  Their first reaction to any mistake they have made is to deny, lie, and try to put us on the defensive.  It's very mentally and emotionally manipulative.  They have made every possible effort to separate me from having any part of my husband's care.  This is because it is really easy to put a man who is passive, who is already slightly mentally confused, into an big, uncomfortable chair he cannot get out of, hook his arteries up to a machine, drag the tubes across his chest so he is pinned down, tell him not to move, lay him back in the chair so he is at knee height to everyone, then gather half a dozen nurses and techs around him to yell at him about how his wife is causing all of his problems and if he would just agree to anything they say and let them "do their job" then all would be well.

Meanwhile, the wife (me, that is) would be happy if they simply would do their job.  Then I wouldn't have to call the ESRD network and complain "all the time".

The ESRD network called to follow up with us on our complaints the other day.  It seems that because we complained that he was not receiving his full prescribed treatment, there was a review of the records.  And guess what, he was not receiving his full prescribed treatment (I know).  The clinics excuse was that the schedule was for four hours in the chair - and they felt this superseded his doctors prescription for 4 hours and 15 minutes of treatment.  The ESRD network corrected this, and there are now new procedures in place in the clinic to make sure patients get their full prescribed treatment, whether it fits into the clinics schedule slot or not.  One thing that really irked me about this was the posters hanging all over the clinic saying "you must make sure you get all of your full treatments or you will feel bad and be in the hospital" and by golly, that's true. But if you want your full treatment, you not only need to show up, you need to check the settings on the machine, you need to stay in touch with your doctor, and you need to make damn sure they are actually giving you a full treatment!  But we complained to the ESRD network, and that has now been corrected.

The other major problem we were having was with his fistula not working properly.  Instead of informing the doctor, or sending us to have it checked out or corrected, we were told to go home after a very poor treatment and watch his fluids, and maybe next time it will work better.  As if a clot, stenosis, and thrombosis might magically clear up on their own.  Guess what, they got worse, and worse, and worse and his treatments were worse and worse and worse until he ended up in the hospital.  THEN and ONLY THEN did the fistula get examined and corrected and poof no more problems.  That could have been done weeks earlier and saved my husband a great deal of suffering. Life threatening suffering, given his heart condition.  You got it, I complained - and had in fact been complaining for weeks. The ESRD network now informs me that there are new procedures and policies in place that will require techs, nurses, and the clinic to inform a DOCTOR when the access is not working properly, and not allowing a full treatment so that the situation can be addressed before it reaches a critical, life threatening stage.

Yes, there have been petty retaliations - such as the ass chewing I got in front of God and everybody which was totally undeserved.  I was accused of "always bringing him late" when, in fact, we have in seven years of dialysis missed two appointments, and been late maybe twice. And what caused that? They moved our appointment up by thirty minutes - and because we are usually thirty minutes early - everyone thought someone else must have told us and no one told us.  So we thought we were still on time, on the day we were a few minutes late.  Only then were we informed our appointment time had been changed.  And even then - we had only been late once.  For an appointment time that was moved up thirty minutes without telling us.  Yes, we are normally thirty minutes early.

Because certain staff members clearly harbor ill will towards us, my husband does not allow certain people to do his treatments.  Only one of the RNs will even speak to me (she is new).  I no longer am allowed any contact with the nephrologist, nor are my questions and concerns passed to her. In fact, in general if I walk up to the desk or ring the bell of the door to the clinic, once they see who it is, they simply turn around and walk off - ignoring me. The ESRD Network has advised me to go to the State Health Department over the no contact with the doctor "rule", as it is ILLEGAL to refuse us access to our doctor.  But I really like his doctor, and I'm not sure who is creating this obstruction.  It is ridiculously cumbersome to have him write down questions for the few minutes he sees her in clinic every two weeks -if he isn't asleep or surrounded by techs and nurses stabbing him, get the answer, pass it to me, if I have additional questions, write them down, ask her in two weeks, get the answer, pass it to me...

Does sound a little bit like a conspiracy to separate the caretakers from the patient who is at a physical and mental disadvantage though, doesn't it? Oh, and the new excuse for why I cannot be in the back area to see the doctor is that I might overhear private medical information for another patient.  But it's okay for his doctor to discuss his condition with him, with techs, nurses, and a patient maybe three feet to either side of him.  Because that's really private, isn't it?

But - the reason I sat down to write and share this article is to express my gratitude that at least some of the truly life threatening problems were addressed.  Not only for my husband, but because there are now new procedures and policies in place, for patients with less active advocates as well.  Thank you to the ESRD network for addressing these issues, and to the clinic for answering them.  I want to share with other in clinic dialysis patients that you can get action on your problems with your clinic, and that it benefits all of us when you do.

Even if they do hate me now.  This isn't a popularity contest, this is a medical clinic and appropriate treatment should be the norm, not something done reluctantly when forced by a squeaky wheel.