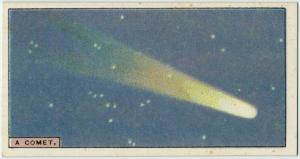 Last night was a rare and wonderful series of events.  A full moon (named the Snow Moon or the Hunger Moon), a penumbral lunar eclipse (our planet stole a bit of the suns light from the moon for a while), and a close pass by a comet.  So did you get to see any of them?

The numerology and astrology experts agreed this would be an auspicious moon for us creative types, and they were quite right.  I spent the day meditating, walking, sitting up in one of my favorite trees, and journaling.  Jotting down ideas is more like it.

Just what I need!  More ideas for books to write!  I could probably sit down and write at my utmost speed of about 2000 words per hour for the rest of this year non-stop and still have ideas and notes floating around to write up someday!

Some of the ideas have to do with promoting some of the books that are out, and some of the ideas to write about probably aren't going to go any 50,000 words, so they may be added as essays to I Am Pagan or perhaps a story for Wattpad, while others will be regretfully laid on the back burner to make room for the edit and rewrite of a WIP.

I seem to be drawing coyotes.  No, not with pencil and paper - although that will probably happen, too.  I am so blessed to be seeing one member of another of the coyote family that lives down in the reclaimation area at least once a week or so for the last month. Yes, of course they made an appearance for the Snow Moon.  Add to that all the coyotes that seem to pop up in my Flickr feed, or Facebook feed and I think there is a trend here.  I believe Joey Coyote wishes I would get on with the edit and rewrite of A Coyote, A Tanuki and a Kitsune.  It's maybe halfway done, and I looked at the ending and decided it's either not much of an ending or there is going to have to be a sequel.  And, well, I do kind of have an idea for a sequel that is quite off the subject of the three main characters and is actually going to draw in characters from other books - if they ever get written.  Another thing I could spend a year on.

Where can I purchase a few more hours in the day?  No, I don't really want them, I'm tired enough at the end of a day as it is.

I hope you got to watch the lunar eclipse, or caught a glimpse of that pretty comet.  In the end it was still too sunny in New Mexico to watch the lunar eclipse - so I watched the live feed from Slooh Observatory on the Chromebook while sitting outside on a blanket!  I did get out about 1 am and look for the comet.  By then I had learned you were not likely to see it with the naked eye and my little birding binoculars weren't much help either.  Sigh.  Well, I bet there are some very pretty photos of it up on the Internet today!   Maybe I'll go find one for this blog post...

Down the rabbit hole she goes...