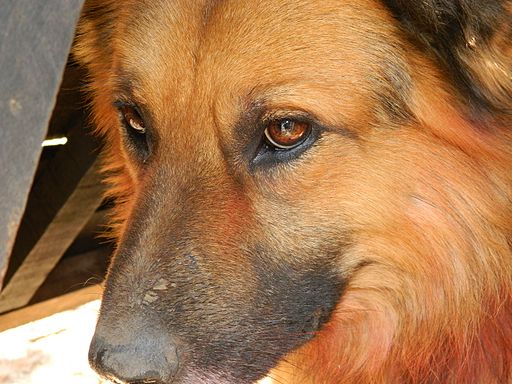 Serendipity  is my version of a light hearted, breezy, almost a cozy mystery set in a small town in the borderlands of New Mexico.  It features a long haired German Shepard dog named Hero, who is a retired police dog. He is taken in by the towns Animal Control Officer and her husband, Kathy and Craig Tyler who are semi-retired RVers who have settled temporary forever maybe.

Of course, this is me, so there are dead bodies and a few opinionated paragraphs about animal issues, and immigration issues, but I think I've successfully avoided being preachy.

The whole story is about 30,000 words long, so it won't take you long to read and if you read it now you won't be bothered by those pesky cliff hanger chapters that I didn't get back to the next chapter for a few weeks.  You can gulp it all down in a few days.

I wrote this for fun and as sort of an exercise.  Could I write a light hearted cozy sort of mystery? And do I dare pantser a mystery? For me, I think this is pretty light hearted and almost cozy.  You know me, I can't make it too sweet and happy or I don't believe myself.

The long haired German Shepard dog, Hero, was my favorite character.  I really enjoyed imagining him.  Long haired German Shepard dogs have a special place in my heart since I saw my first one as a child.  Besides the fact that they are absolutely gorgeous, I love dogs that are extremely intelligent and sensitive and this breed certainly is.  It was also interesting to me to research more in depth the training of police dogs, and the laws regarding dog bites in New Mexico - which are different from  the laws in other states and municipalities.

The couple in the book, Kathy and Craig Tyler, have a lot of similarities to the husband and I.  They were one of us nomads, living in the RV and enjoying the parks of New Mexico but unlike us, they fell in love with Columbus, New Mexico.  That's not strictly true - we loved Columbus during the time we spent there but we were not ready to settle down at that time.  Tempting as it was when we found that cute little yellow house, and they actually were advertising for an Animal Control/Code Enforcement Officer.  So there is a bit of "what if" in this story, too.  What if we had rented that little house and I had applied for and gotten that job...

But it is a work of fiction.  The people of the town, the businesses, and so on - all figments of my fertile imagination.

I think Serendipity it is a bit too short to publish on Kindle, even as a 99 center and I really wrote it for fun.  I rather like the setting and the characters, so it's entirely likely I'll be back to write more.  Someday eventually there may be enough to put together a Kindle book.  Meanwhile, enjoy it for free and if you like it, maybe you'll enjoy some of my other books.

Speaking of which - starting tomorrow I'll be hitting the rewrite for the third book in the Blue Dragonfly series. Now that I have a handle on what was going wrong, I hope it will be done very soon!
at January 12, 2017