And Now We Return to your regularly scheduled programming... 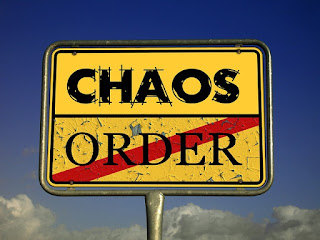 
It has been almost exactly a month since my last blog post.  So much has happened and some things may or may not have changed since then.  If you follow me on Facebook, you know much of this story - but I will also recap it briefly here.

My husband had a shortness of breath on March 28th.  Because nothing is a small thing for a man on dialysis, we rushed him to the ER.  He was eventually diagnosed with heart failure.  The doctors threw him on a draconian change of diet and medications and took 15 pounds off him in three days then sent us home.  The next day we had a cloudy bag which indicates peritonitus.  We ran back to the ER, as trained by our dialysis clinic.

The next two weeks were merciless.  The massive and sudden changes had shocked his system into peritonitus - but God forbid a medical practitioner admit a mistake of any kind.  Instead he was treated for a non-existent infection.  The nurses and various doctors took turns running in and out of his room saying alternately - he is going home, and he is going to die.  The main issue was that we made our own decision to stop all the drugs the previous doctors prescribed - and he is doing much better now.  I took a man with a small problem to the ER and they made him violently ill - so much so that surgery and a switch from peritoneal dialysis to hemodialysis may now be necessary.  That is still up in the air, but we have persuaded them to hold off a decision and give him a chance to heal and recover from their last mistake before they go off wildly slicing and dicing and poisoning again.

Meanwhile, the dialysis clinic nurse thought this would be a good time to display what a complete incompetent she was, which caused a great deal of unnecessary misery, and about a weeks addition to his hospital stay.  On my complaint, he was changed to a different nurse - trained by the first incompetent, and easily as incompetent and a bigger liar.  We are extremely unhappy with his current lack of care and seriously considering relocating to a new state to get away from them.  Yes, that unhappy - this is beyond a quality of life issue.  A mistake by his dialysis nurse, or as happens now, failure to return an emergency phone call - can literally cause or contribute to his death.

Currently the only reason we are still here is Dr. Lucia Corro - who is the best nephrologist we have ever known and a true blessing to us in many ways.  A doctor who actually cares, who will take the time to listen and to answer questions and explain things - and even take your own opinions, wants and needs into consideration.  Yes, a true healer.  Too few of them here.

Meanwhile, the car - which has never run properly since being "fixed" took a powder.  Because we literally have no money, she went back to the original mechanics who fucked her up - because she is supposedly under warranty.  Naturally, it was a new problem (which they caused) and they wanted more money.  So.  Not. Happening.

I nursed her about two blocks to a used car dealership where the owner told me people should not do things like that and gave me a generous offer for a car that was barely running.  I took the money and ran.

Thank the Goddess for Firefly.  She starts.  She runs. She ran 70 miles at 75 mph, the last 20 on one tire that had no tread left, to get him to the ER.   I had her in the hospital parking lot for a week, running to her for dialysis supplies and other needs before learning they had a RV lot.  So she allowed us to live near the hospital for several more days after his release, as we waited for him to be well enough to move away.  And now she is our only vehicle - and yet far more dependable than the 2006 Chevy Aveo.  Better yet, if she has a problem, the hubby and I are both capable of diagnosing and repairing this old 1979 Dodge Sportsman. We are going to try and get her off the grid, which will allow us to live on even less money.  That may allow us - in a year or so - to save up enough to purchase another car or van that is also old enough for us to work on ourselves.  I've had it with computer chips and so called mechanics.

Since the dialysis clinic has made it clear we are on our own with no help from them - they won't even return phone calls now - we decided we may as well be someplace peaceful and happy while he recovers. We packed up the Firefly, stocked up for a week or so, and drove off.  This is not our favorite state park, but it is nearby and it is quiet and affordable for us at this time.

One way or another, many changes may be in the offing soon.  I will be filing a complaint about this dialysis clinic and I am extremely concerned that they are his only source of care at this time.  I wonder and worry what kind of care people who have no advocate are getting!  We can only wait and see if his peritoneum can heal enough from the medical assault to continue with peritoneal dialysis, which has worked so very well for him for years.  Oh yes, heart failure.  It is most likely caused by the kidney failure, as are so many things, but we will eventually consult a cardiologist and have testing done to find the specific cause.  We will not allow another clusterfuck - I'm not sure either of us could even survive another clusterfuck like this last one.  And despite having the best nephrologist on earth, we may have to move away from her to get away from this dialysis clinic now that it is run by a bunch of uncaring idiots who just want their paycheck.  I hate to do that, but we may have little or no other choice.  He has to have dialysis, and dialysis supplies to survive at all. (Don't think they don't know it - they just don't care)

Believe it or not, I've managed to do some writing, and a little reading - but not much else.  I usually manage writing, art, and even origami while he is in the hospital (I stay with him 24-7) but this time it seemed that every ten minutes someone was in the room, sometimes two or three people at once, asking idiotic questions or making threats of some kind.  Today I finally posted a new part for my ongoing mystery, Serendipity, at Wattpad as well as a blog post on the New Mexico Bird Watchers Notebook.  My plans for CampNano in April are in some disarray as you can imagine, but I am trying to pick up from here and at least continue to write and post daily - something, somewhere.

And then there is the lengthy complaint that has to be written out in detail and sent to the proper authorities...

Meanwhile, thank you, everyone who ever bought a book or story or item from my Zazzle stores.  Those pennies and nickels and dimes mean a lot to us, now and always.