Hey - How did I end up down the rabbit hole today? 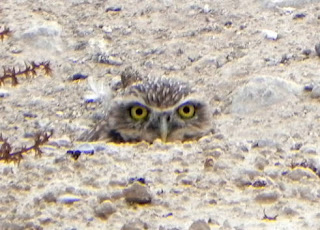 Hey!  How did I end up down this rabbit hole?  I was not going there today.  I had a purpose.  I was going to write a short story.  Really.

Laugh if you want, but a few weeks ago in some spare time I actually made up a random table for the short story month so I could roll a 20 sided die on any given day and chose what kind of story - something fanfic, or sex, or another book for Blue Dragonfly series, or wattpad or here or...

And then - I lost the table.

Well, here in a little bit I am making me a new one.  Really.  Sheesh.

With the best of intentions I thought, I have all these odds and ends of stories in various stages from idea nuggets to 3000 words, I wonder if any of them would make a good Amazon Kindle Single selection (with some work, of course).  So I went to look at the requirements for Amazon Singles, and then off to see the top 100 selling Kindle Singles and then I noticed something.

Amazon Kindle Singles don't sell for shit - unless maybe your name is Dean Koontz or Stephen King.  And quite a few of them on the top 100 sellers have one and two star reviews, or half a dozen five star reviews that say the same thing (a pretty sure sign of the - I paid $5 for this review type reviews).  Which is to say that this idea clearly has not caught on.  Well.  Strike that from the list!

Next was a browse through the files I had gathered up to see what was in there.  Talk about down the rabbit hole!  Headfirst.  Some I don't remember at all - some only vaguely.

There is a group of character sketches that I quite like, but it isn't really a story or stories - exactly - but kind of.  Which on a bit of thought, really is the sort of thing that belongs on a Kindle - the sort of thing a traditional publisher would turn up their nose at because it doesn't fit in a genre- but also something that is really "me" as in quite my style with a lot of myself in it.  For a very short while it lived on a blog but I couldn't find the ads to go with it and it was taken down.

I have already done most of the research for the animal part of the next Blue Dragonfly story - but my mind has pulled an absolute blank for story line.

Oh - which reminds me there is some more research I wanted to do at Amazon, too.  I'm gonna count this blog entry as writing today - see you later!

(Turns and dives back into the hole)