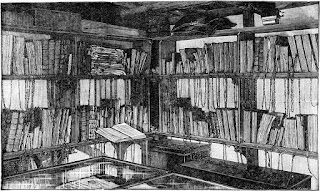 Sector C by Phoenix Sullivan was an excellent read in every way.  I am a former vet tech myself, as well as having worked many years in animal rescue, and various animal care positions.  It is always a relief and a joy to read something written about agriculture and animal business that actually has their facts straight.  So, although that isn't at all the point of the story - it is a welcome part of it for anyone who has some experience in the field.  Ms. Sullivan gives a balanced point-of-view regarding the devastation such a disease could wreck upon our society in so many different ways.  She doesn't shy away from the draconian measures it would take to stop a prion disease, or what the far reaching results would be on our society and economy, as well as for individuals, animals as well as people.

It is that very realism that makes this novel so terrifying.  It really could happen. And this really is what would happen.  And it's scary.  It should be.

Contrast that to the TV series Zoo which I've been watching on Netflix.  It's a great story, very exciting - but sometimes they are way off on their animal (and general science) facts and I find that a bit jarring.  I've actually sat and laughed at a few episodes.  So - not nearly as scary.  I'm surprised, really, given the big names associated with this series, that either no one fact checked, or they decided it didn't really matter because most people are too ignorant to notice.

I was surprised that the reviews and stars given to Sector C on Amazon were not as good as I expected them to be.  Perhaps most people prefer imaginary and easy to understand "science" to the hard cold truth.

I do not sell reviews, trade them, or accept books for review.  But if I read something and like it - I write a review for it.