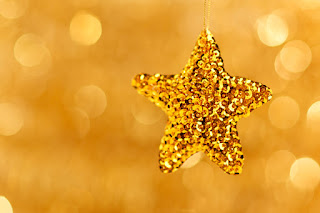 I are very proud of me today.

Well, I am, really - because I actually began my Nanowrimo 2015 novel today - on time - and cranked out an amazing 2298 words in spite of the fact that I had dumb stuff to do today.  Like move from Rockhound State Park to Leasburg State Park - 60 miles or so including all the usual unhooking and hooking up folderol.  It isn't uncommon for me to use such a move to take the rest of the day to myself to piddle around.  Of course, I suppose to some working on a Nanowrimo IS just fiddling around.  I think time is better spent working on a new novel (even if it's purely for fun and laughs) than say - playing  a video game. Most years I don't even try to start Nano until after the hubby's birthday on the 3rd.

Of course, I'll probably spend the rest of the day playing a video game.  HHHH

Now the other thing I intend to do - every day for the next five days - is feature a few of my books that are currently #FREE ON KINDLE.

Currently, I have 47 books published on the Amazon Kindle and almost all of them are free for the next five days.  A few were on promotion a month or two ago and so are not eligible right now.

Two of those books were Nanowrimo novels.

Moving On is the proverbial every body's first novel - although actually it was my 2nd Nanowrimo.  It's the one based on the authors own life story.  Based, that is, because it nibbles at a lot of actual events in my past, but it also includes a lot of little stories that belong to people - and wildlife -  I've met in my life, too.  I wander off and wax philosophical now and then - it's a Nano so hey, got those 50K words to fill.  It includes a kayak - not the first, won't be the last I'm sure. There's a bit of graphic sex (one reviewer said it was just some girl fucking everyone she met) but I don't consider it erotica.  It's an oldie but a goodie.  I like to think I'm a better writer now, but maybe not. Free now and for the next few days. Here's the links for US, UK and Canada.

The other book is the one I consider my first, last, and so far only REEEEAL novel.  I actually thought that I had taken it down, because I have it all taken apart in a notebook here behind me to do a massive re-write on.  But, since it's there I went ahead and stuck it up free for five days.  Maybe you'll like it.  My snarky side says that big problem is it is not written on a 4th grade reading level.  Critics have said it has too many people to keep track of (although I've read well reviewed novels that had as many or more), and that the protagonist Lily does some stupid stuff.  Because heroines in horror/thriller novels NEVER do anything STUPID like go half naked into the basement with a faulty flashlight after hearing a noise.  I probably will make a serial of it one of these days - if I can stand to rewrite it AGAIN.  Meanwhile - for your perusal:
Bloodline - U.S.A.
Bloodline - U.K.
Bloodline - Canada
And for you - whoever you are - I love you - the links for Japan:
Moving On - Japan
Bloodline - Japan

I've participated and "won" Nano more years than shows up on my dashboard.  Not sure why that is.  Huh.  But these are the only two that 'made it' to publication.  There are a couple more that are in the editing/rewriting/finishing stages.  My problem isn't ideas or writing - it's editing, rewriting and finishing.  Too bad I can't afford an editor. I'd get a lot more out!  And maybe reviewers wouldn't be correcting my spelling - LOL.