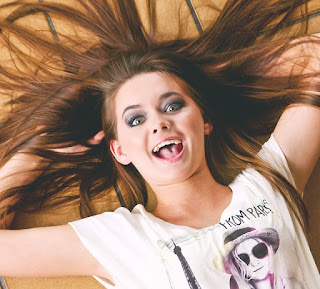 I still can't believe how well I am rolling along on Nanowrimo this year.  It really shows what a difference focus and concentration can make.  All this time I thought I did focus and concentrate, but there is such a difference using the Pomodoros and word sprints.  For the first time I can remember I have been ahead on the word count on almost every day of the month.

From a very nebulous idea to a 39K story, the novel has grown and, as of today anyway, grown on me.  There were a few days I hated it, and probably at least a week when I looked at it as finger/brain exercises, but it is growing on me.  Due to using quite a few prompts, it is a bit of a mess but I finally allowed myself to do a fast swing through with spell-check today to pull out some very extraneous shit (like the // I use to mark beginnings and endings of sprints so I can get the word count) that I was afraid the counter was counting as words and overall it's not too bad.  I may, by golly, clean it up and publish it after all.

Now that I am 39K in and can see the story is maybe halfway done, I am also thinking that rather than leaving it hanging (since I have had the ending almost since the beginning) I will go on past the 50K - maybe using the Dec. 15th deadline for the Aywas Nanowrimo event as my deadline.  I will have to figure out if I can do that and still stick to my plan for December - which was to crank out some new sex stories under the Petit Morte, and Randall Fox pen names, as well as do some updating on the old titles.  I got a bit lazy and they need updated covers, and front and back matter that will help (I hope) pump some sales.  I wish I could afford to purchase 5 star reviews.  I'm pretty sure that's the only way most of the sex books will get any reviews - most people don't like to admit they read them, let alone like them - unless they do the big pretense of "oh erotic ROMANCE".  *coughcoughgag* and since I don't do that, ah well.  I'm told my sex books appeal more to a male audience and you don't see them doing reviews.

On the other hand, I'm also giving Mechanical Turk an hour or more a day right now because I need a liddle cash flow this month.  I don't think I'll have to put so much time into that next month, so maybe I can split writing time between the sex stories and the vampire.

It is to be hoped that picking up on the blog and other promotions will have you rushing off to buy books and greeting cards and thus my royalties will begin picking up.  Plus I have some expenses I expect to go down - such as fuel for the motorhome, since we are parked in winter camp.  Of course, the parking spot costs more, but the two will even out to the good by spring, I'm sure.

Damn.  I'm writing (sort of) a vampire novel.  Maybe I oughta make up a new pen name - LOL.  Well, I do have one other vampire novel in the works that I would like to finish someday, too.  I really only refuse to write them because they are so popular - way to shoot yourself in the foot, Summer!  Well, and my vampires are more Nosferatu than Twilight, so I'm not sure how readers will take that these days.

Enough of my babble - it is a beautiful day here in New Mexico and I'm off to enjoy it while I can!

The photo is from pixabay - I should look this good hhhhh
at November 21, 2015