The Fool Is Not Foolish

The last few weeks I hit a really low point emotionally.  The winter was long, cold and wet and featured one blow after another - illness, betrayal, and then to top it all off our beloved Pixie Wagon began leaking in more than one place - some of which led me to believe that the problem is severe and structural.  I thought we were going to be forced to give up our little home.  I'm leaving out all the petty bullshit that was going along with everything else the whole time.  I keep bravely slugging it out, trying to keep up with all my little projects and pretend everything was going to be fine.

But eventually even I ran out of happy.  Even pixies get the blues.  The last few weeks have been spent in meditation, self care, self indulgence and abuse (I admit it), and self healing.  I'm better now, really.

Today, however, will go down in personal history as a best possible day.

We bought a motor home.  Bought.  Paid For.  All Ours.  Like the Pixie Wagon - she ain't much and she ain't fancy but she will damn well do the job.  Unlike the Pixie Wagon, she seems to be structurally - and mechanically - sound.  Best of all - as if it could get any better - having the new RV (now officially dubbed Firefly) will allow us to continue to keep and work on the Pixie Wagon, converting it into a true tiny house. 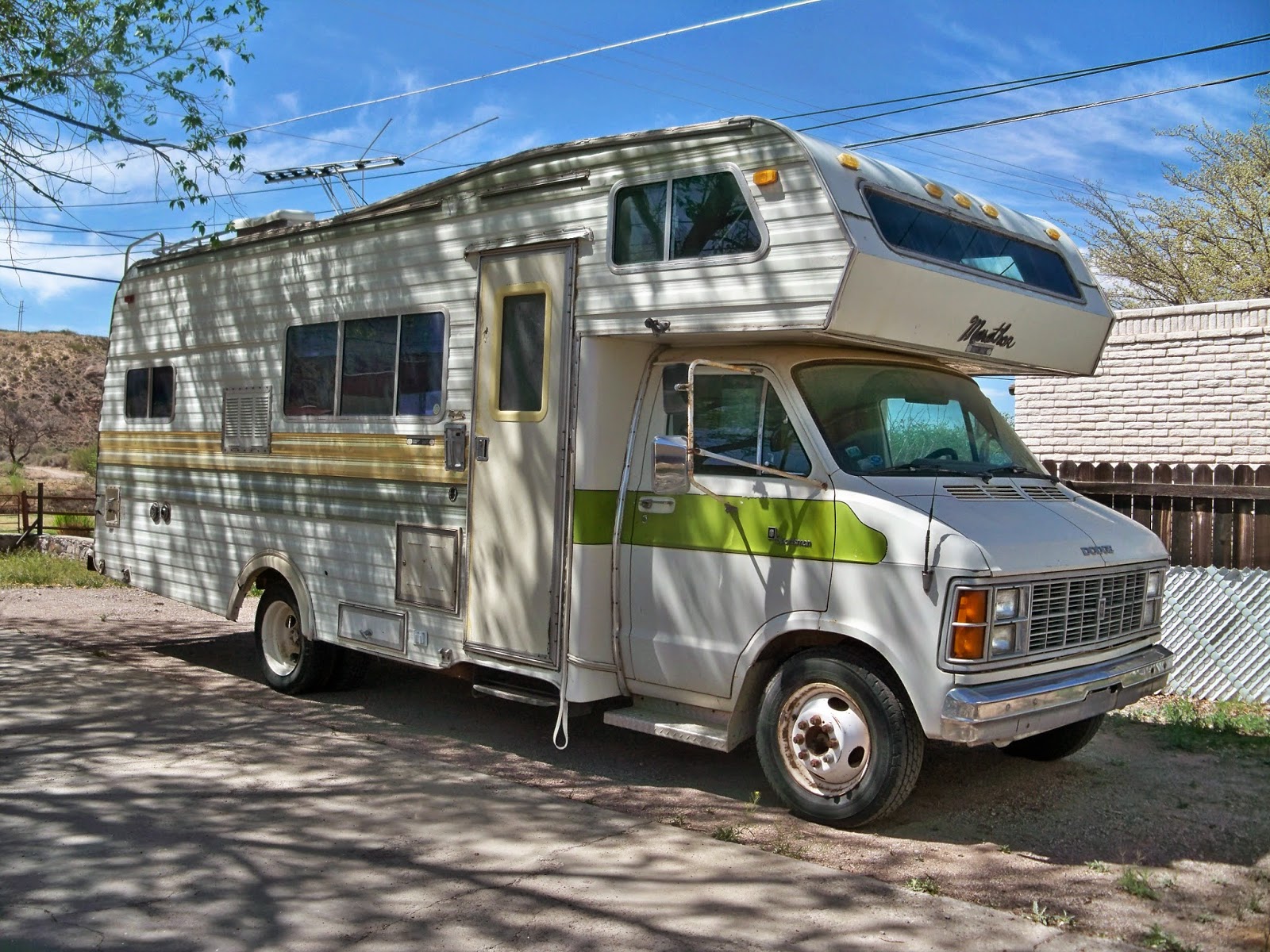 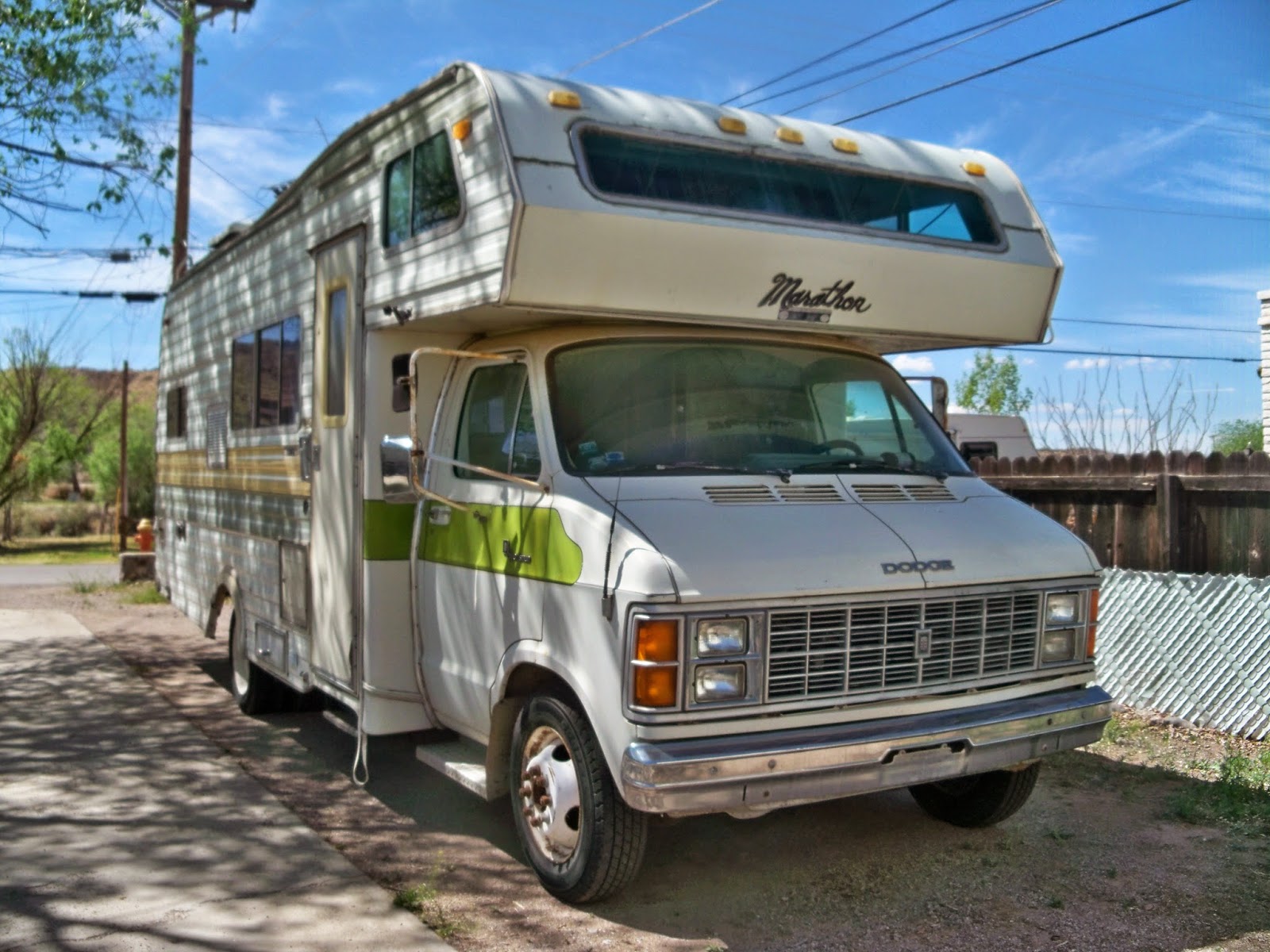 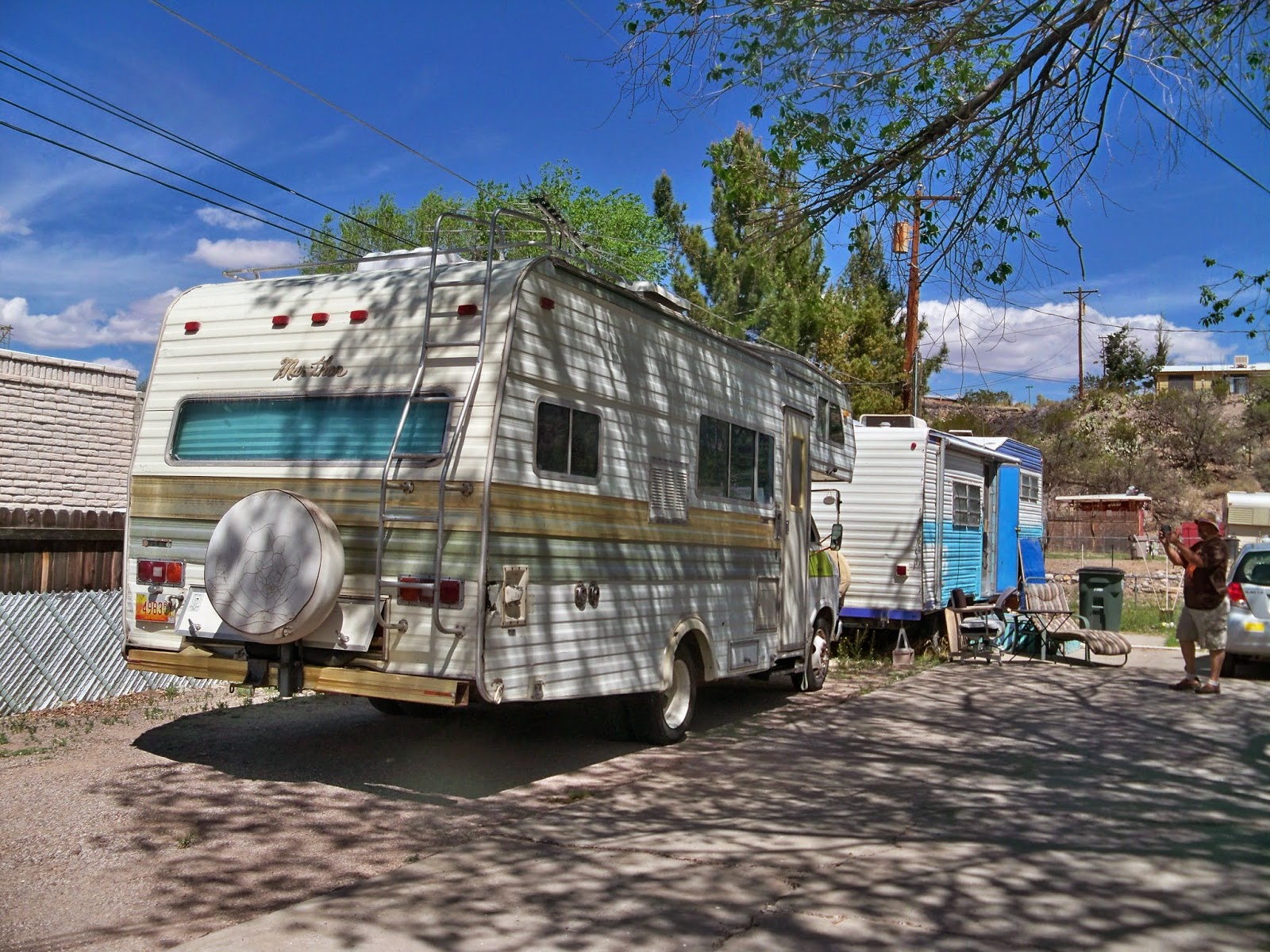 So there's my whole Universe in the picture above - the Firefly, the Pixie Wagon in front of her, our little Chevy Aveo photobombing on the right, and my cute hubby right there behind her.  I do have the American Dream - I own my own home (on wheels) and my own car, and I have a great marriage.

So anyone who has anything negative to say or think about us can fuck off and die.  Yeah, sorry, some negative people in my life lately.  Yes, they are being kindly shown to the exit.

Meanwhile, I've also made a few decisions.  The last few years I have been doing "projects" - usually learning something new - over the winter months.  They were part of what overwhelmed me early this year.  After a considerable amount of thought, I've decided that current projects, and any future projects will run from April 1st to April 1st.  Also - no daily obligations.  The fact is, I have obligations to my husband, and to a few close friends, that take precedence.  And sometimes take all day or several days.  Other times I have all day, or several days, free.  My free days I will work on projects like 365 Horses, learning Japanese, sewing, writing and so on.

Given that - and speaking of writing - I did join Camp Nanowrimo.  This great idea for a quick mystery/thriller stuck itself in my head a few weeks ago and won't let go.  I promised it the month of April.  Meanwhile, I've also lowered the price of all my kids books to 99 cents.  At the moment, they're still in review at Amazon.  Once they are out I'll probably toss a couple on free, do some other promotions, and link it all up here so you can run buy/rent/favorably review and otherwise promote my writing career so I can pay to get all the work done on the Rolling Home Sisters.  And get back to saving for our little piece of land.

Still haven't met my goal on Planet Horse - LOL.  Made it on FishWorld, but the game runs so badly on my computer now that I've cut back my playing time to about three hours a week.  Started a new game I LOVE LOVE LOVE LOVE.  If you an old D&D or AD&D player, if you are sick to death of all these fucking flash games that require the uber computer, if you miss the old Neopets, if you love the idea of drawing and creating your own pets, if you are an adult who is tired of games that cater to kids - you're gonna love this game.  I'm Natsuko there - come and join me.

Let's see - the other projects...  I've faced the fact that I love to watch the birds, but I'm tired of bird blogging.  Trying to come up with something every day is getting in the way of simply enjoying the birds.  I'm not saying it will never get another post - it'll get a post when I feel like it.  Workouts - somewhere in the last few months MapMyRide sold out to some shithole company that is mainly about cramming your computer with malware and kidnapping your browser - so I'm done with them as a way to record workouts.  Among the petty crap the last few months have been several flat tires timed so that either weather or finances precluded getting them fixed.  I have been walking every other day or so - but my knees have been hurting so much this wet spring that it's almost torture.  This month the bike will get properly fixed, I'll get back on it - and better yet - it's looking like I'll be getting the kayak in the water this month!  Whooot!  Add in the work that needs to be done on both trailers - yeah, I think I can count on being physically active without an online counter.  What else...  I'm piddling with a counting book for Kindle Fire for little kids.  It will be set aside while I Camp Nano though.  The three new sex books seem to be a complete bomb and seriously, I'm tired of writing them.  Bloodline is back out - had some free days - no new reviews and sank back to the bottom of the rankings.  I may pay for some promotion on it, especially since an idea for the next next next one in the series floated by me the other day.  The Hunters of Men books are massive undertakings that eat my whole life.  Not sure when I'll be able to tackle another one - especially given the lackluster performance of Bloodline sales wise.  Again, I think it is just lack of me having the money to promote it and pay for good reviews like most everyone else does.  But that isn't likely to change either.  We'll see...

So that's where I'm at today.  Floating about 100 feet above the clouds and ain't nobody bringing me down anytime soon.  Now I have a new RV to cleanse and bless, so if you'll excuse me.