I really love learning stuff.  Especially information I did not know about animals.  I have to thank Chris Bradbury at Flickr for commenting on this photo of what I thought was an usual dragonfly 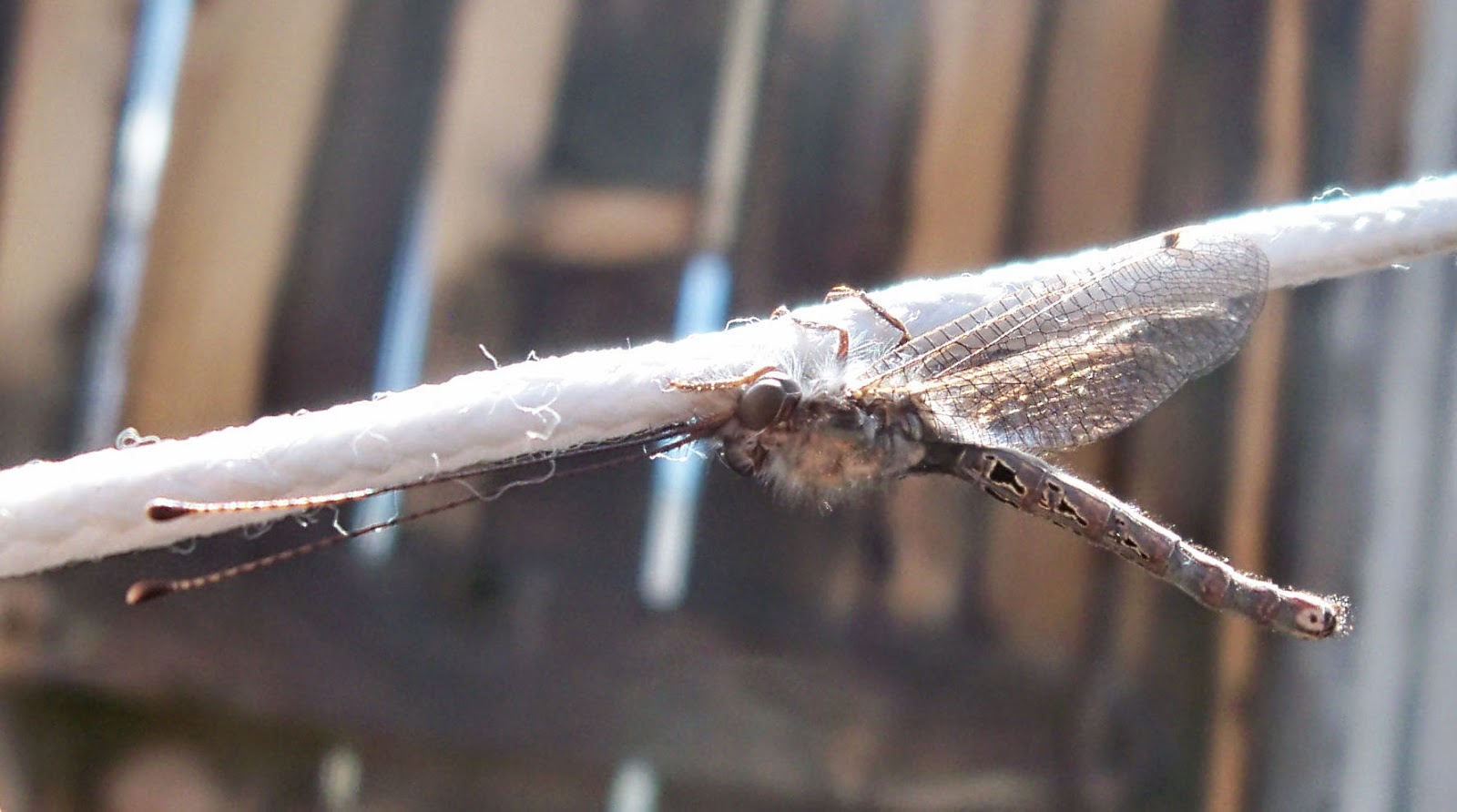 It was hanging upside down on my clothesline a few days ago.  Chris suggested in the comments on Flickr that this is actually an adult ant lion.

What?  Adult ant lion?  I've long known about ant lions.  I've often lived somewhere that we had them.  They are great fun to play with "in the wild".  You find one of their sand funnels and drop something in, a tiny pebble, or better yet, an ant and get the response of a flurry of sand and a quick glimpse of the pits occupant - a sand lion - as he captures the ant and kills it.  Somehow, my education in ant lions failed to mention they are a larval stage of - well, that damselfly like fellow above!  A wee bit of research on the Internet today brought up a number of photos of adults, which do indeed look like my little pal there.  There's also websites where you can buy ant lions for pets - and even one where you can catch ant lions to sell to them.

Tempting - I mgiht make more as an ant lion wrangler than I do as a writer!  No - really, it's true.  But I also have a really massive ant problem around the trailer here, so I'd hate to let my little lions go.  I want to them to stay and eat LOTS of ants.  LOTS and LOTS of ants.  Please.
at July 02, 2014